I’m sure you are aware about “Internet of Things (IoT)” and what brands are doing for this. Now it’s Samsung‘s turn to amuse us.

Samsung’s Artik is a set of processors that can almost power everything, let it be your smartphones, servers, drones, wearables, or any technological device.

Young Sohn (Samsung’s president), showed off the Samsung’s new Artik platform which has 3 new processors backed by custom software, at the Internet of Things World conference in San Francisco Tuesday. This platform will be easier for developers to build their own IoT-based solutions. 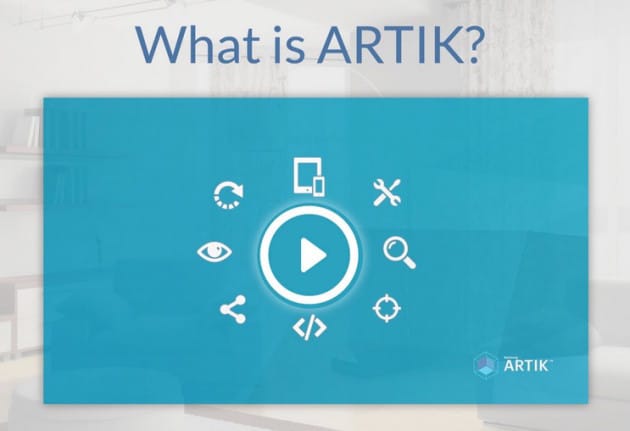 You can also apply for an Alpha Developer Kit, they are opening the program to a limited group of developers, so if you are interested do give it a try. Samsung also provides tools, security modules and cloud services for the developers.

The Artik platform has 3 processors: ARTIK 1, ARTIK 5 and ARTIK 10

You can see their features below (screenshot). Artik 1 is the basic module, Artik 5 is the mid-range module and Artik 10 is the advanced one. You can use them to power the devices accordingly. You can get Artik 1 for around or less than $10. It’s worth investing for experimenting. You can use this to power small devices. Whereas you can use Artik 5 for powering your smart watches and drones. Artik 10, being the advanced one, can be used for powering as big as servers even. 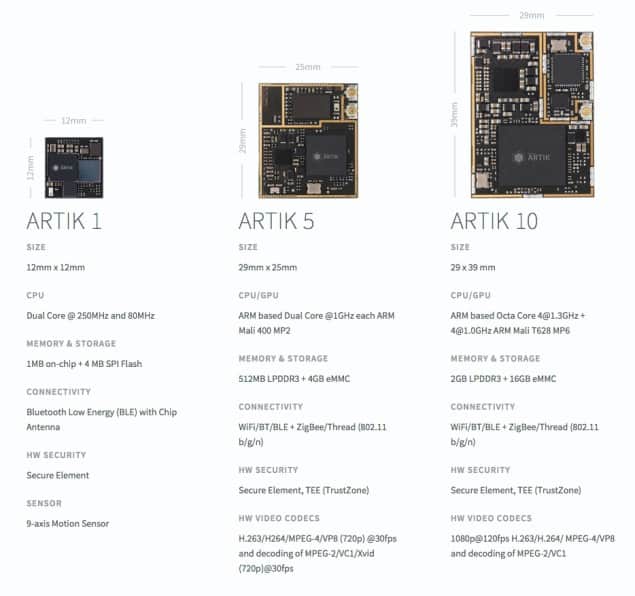 For the past few weeks I have been seeing a lot of news regarding Artificial Intelligence and Robotics. I think with IoT all these are connected somehow and proceeding accordingly. Samsung’s Artik triggers me a lot to learn about “Internet of Things (IoT)”, so hopefully you should too. With Wearable Technology and Smart Machines, I think the future is almost near.

Samsung’s Artik will be really useful for startups and tech lovers to build their own devices. Artik resembles a lot like Raspberry Pi 2 and Arduino, but this one allows us to broadcast and receive information. Pretty cool stuff.