How To Backup Your Android Device: Complete Guide ...
Find The List Of Inactive Apps On Your Android Dev...
How To Take Android Screenshots Using Google Now
How To Find Your Entire Google Voice Search Histor...
Google Project ARA – Has The Emergence Of Modular Smartphones Really Arrived?

5+ Interesting Things You Should Know About Project Ara

Let’s come directly to the point. Project Ara is an initiative by Google which is focusing on developing an open hardware platform for creating modular smartphones. It will consist of a structural frame called endoskeleton that will hold the modules at one place. In most simple terms, Project Ara means you will be able to swap things like camera, display, battery, etc., of your phone. So, if you are not happy with the camera quality of your phone or wish to try the display of some other phone, just swap it with the one you need.

Things You Need to Know About Project Ara 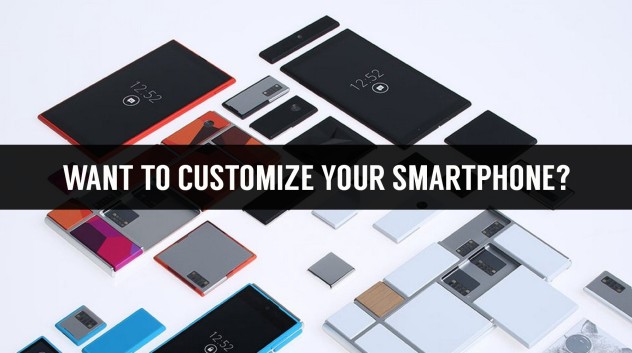 The phone is still under development and the pilot testing of the phone was done in Puerto Rico. The world is eagerly waiting for the launch of this excellent piece of technology. Here are few things which you should know about Google’s Project Ara.

1. It is Literally Customizable

This phone will completely change the meaning of customization in the field of mobile phones. You can customize everything and when we say everything, we mean everything, right from display to camera. Google is also working on creating modules which are interchangeable and swappable. You just need to take out one module and place the other. The best part is you can swap a module with other type of module. For instance, you don’t need a rear camera so just skip the module of rear camera and slide in a module of another battery. Yes, you guessed it right, two batteries in one phone!

2. It Would Cost Create A Hole In Your Pocket

The most basic model of Project Ara is named “grayphone” and it will cost mere $50. However, it would be basic phone with no cellular networks, only Wi-Fi. The beauty is, you can upgrade it whenever you want.

3. It Will Be Available In All Sizes

Google has already showcased a medium size prototype which is the size of Apple iPhone or Samsung Galaxy S5. However, Google is also working on a mini size as well as large size for fulfilling the needs of all types of users.

4. Changing Modules Will Be Like Switching ON And OFF

The swappable parts like battery, camera would be available in a form of tile which are called modules. These modules will get connected to the phone’s body called Endoskeleton via electro permanent magnets. These modules will get attached just by hitting the “On” electrical pulse present on the. Now, just hit “Off” and they will become loose. You don’t need an expert or any set of special skills to change the modules.

5. Google Will Have Its Own Store

Just like Google Play Store, Google will have its own eCommerce site. All types of modules will be available on this store and you can buy these modules just like you buy stuff from other e-commerce websites. The modules will be specially created by Google’s developers and will be created using 3D printing to meet the needs of all types of users.

6. It Is Slim And Strong

Although, the phone is not as heavy and thick as you are expecting but, it is also not the slimmest in the market. The prototype model was 9.7mm thick which is decent. If you are thinking that is a modular phone and will fall apart when dropped, then you should know that the phone will use capacitive technology to lock the modules via super strong magnets. It will be as strong (even more) as your current smartphone.

7. It Will Be Available Soon

Google is working hard to launch this Project as soon as possible. Google announced the project details last year and the prototype is already in the market. If things went well, we will soon see Project Ara in the market.

Project Ara will surely change the complete scenario and the way we look at our smartphone. Google claims that the phone will have a life of five to six years. This means you can enjoy different types of phones without buying a new device every year. The best part is that if any part of your phone gets broke or damaged, you don’t need to buy a new phone as you can swap that part with a new module.

Let us know what you think about Project Ara and what are you expecting from it.

Deepak Kumar
Author
Website
Deepak Kumar is an engineer by nature and a tech lover by choice. He loves to write about new smartphones and technology. A Facebook addict, you can easily contact him on Facebook.
Other Interesting Articles From Project Ara
Google Project ARA – Has The Emergence Of Modular Smartphones Really Arrived?