How To Backup Your Android Device: Complete Guide ...
Find The List Of Inactive Apps On Your Android Dev...
How To Take Android Screenshots Using Google Now
How To Find Your Entire Google Voice Search Histor...
The Daddy Of Big Sale: Flipkart’s Big Billion SaleBrand New Look Of Snapdeal’s Website & AppOnePlus 2 Will Have USB Type-C Port (Official)BlackBerry And Android Smartphone? Here Is What We Know So Far!

Xiaomi Mi 4i To Be launched On 23rd April In India

The Chinese giant, Xiaomi’s “Global Mi Phone Premiere’, which is due for 23rd April in India is expected to see the launch of several new devices. The upcoming global premier of Xiaomi will see CEO & Founder Lei Jun, President & Co-Founder Bin Lin, and VP Xiaomi Global Hugo Barra, in attendance.

The company has listed the invite on the entire major social media forum which just states “I IS COMING”, as per the new reports speculation is that Chinese smartphone maker might introduce the Mi 4i, which was spotted by Chinese website MyDrivers on Singapore’s Infocomm Development authority (IDA) database, and also on GeekBench, a benchmarking website over the weekend.

As per the new certification and benchmark which was listed over the weekend suggests, Xiaomi might launch a new variant of its current flagship, the Xiaomi Mi 4i handset. The name is tied with ‘I’ logo and caption on the event invite as well. 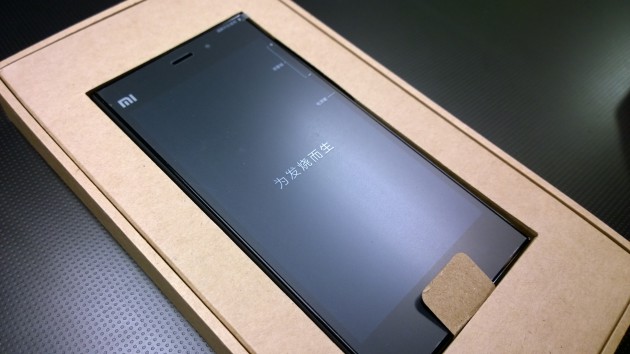 According to an online website GeekBench listing, the device will be an Android 5.0.2 Lollipop-based Mi 4i and will be powered by a 64-bit octa-core Snapdragon 615 processor clocked at 1.65GHz and support a 2GB of RAM.

The Xiaomi Mi 4i will be a less powerful variant of the Mi 4 flagship, which is powered by a 2.5GHz quad-core Qualcomm Snapdragon 801 SoC with 3GB of RAM.

The major point is, the specifications of Mi 4i closely match the also-unannounced Xiaomi handset codenamed ‘Ferrari’ that appeared in a benchmark listing last month.

The benchmark had listed that the device will feature a 4.9-inch full-HD (1080×1920 pixels) display, powered by Adreno 405 GPU. The all new device provides a 12-megapixel rear camera, 4.8-megapixel front camera, and 16GB of built-in storage, in addition to the specifications from the latest leak.

All this is a speculation; hence it is difficult to say anything on the availability date along with price of the Mi 4i.

The Chinese firm last week announced that it has set a new Guinness World Record for mobile phone sales by selling 2.11 million handsets in a 24-hour flash sale and also celebrate its fifth anniversary – the Mi Fan Festival.

Neha Sawhney
Author
Website
Delhi based tech girl loves to know about what's happening in Tech world. Keeps a keen interest in startup and is a bibliography by heart. :)
Other Interesting Articles From News