Android Pay: A Simple & Secure Way To Pay With Your Android Phone

Google I/O started and we are getting some interesting updates about Android right now. We already have Android Wear, Android Auto, etc., and now Android ______?

Making payments with an Android smartphone is always tricky and sometimes scary. Apple created a solution for their iOS devices with “Apple Pay” and it’s time for Google to replicate the same with “Android Pay” for their Android devices. I was expecting something like this from them ever since they acquired mobile payments app Softcard earlier this year.

Android Pay has partnered with mobile carriers, payment networks, banks and retailers for this. To use Android Pay you just need to unlock your smartphone, place it near a merchant’s contactless terminal, and that’s it. It is as simple as clicking a button. You don’t even need to open an app for performing this. They also tied up with specific retailers so that you can use their loyalty programs and special offers with Android Pay. 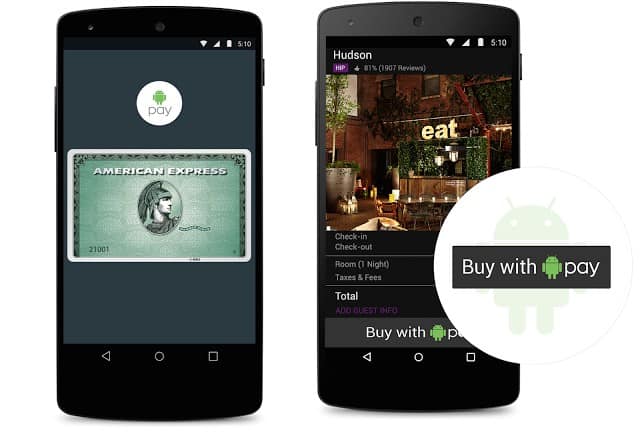 Android Pay also partnered with American Express, Discover, MasterCard and Visa for providing secure money transactions. Moreover when you use Android Pay at an offline store, they won’t send your actual debit or credit card number along with your payment. They provide you a virtual account number to represent your account information. This is really great and adds an extra layer of security. Customers may also implement the same using Android M’s native fingerprint support.

According to the official Android blog, Android Pay will be implemented at over 700,000 store locations (which includes Best Buy, McDonald’s, etc.,) across the US. It’ll be soon available on Google Play Store for downloading and you can also integrate this with their compatible banks.

While people are widely talking about Android Pay, they seem to forget about Google Wallet, but don’t worry this is nothing but an upgraded version. Mobile payments are becoming very popular these days, even Facebook integrated the same with their Messenger publicly few days back.

PREVIOUS
How To Use Your Smartphone As A Webcam
NEXT
This Phone Mockup Is The Next Official Google Nexus?

Pradeep Kumar
Author
Website
I’m the CEO & Founder of Slashsquare, an Indian Blog Network & Web Consulting Media. I’m a Blogger, an Internet Marketer, and a Minimalist. DeviceBAR is a part of Slashsquare network.
Other Interesting Articles From Android
Explained: What Is Stock Android?
Use Google To Find The Right Android Smartphone For You
Android Lollipop Installed On 12.4% Of All Devices (Google)
Now You Can Use Google To Find Your Phone
Setting Up A Proxy Server Connection In Android