How To Backup Your Android Device: Complete Guide ...
Find The List Of Inactive Apps On Your Android Dev...
How To Take Android Screenshots Using Google Now
How To Find Your Entire Google Voice Search Histor...
How To Find The Serial Number Of Your Apple iOS DeviceDownload (Original) iOS 9 And OS X El Capitan WallpapersApple Messages Bug Temporary Official WorkaroundPros And Cons Of Jailbreaking Your iOS Device

Apple A8 Processor: Updated Features You Should Know! 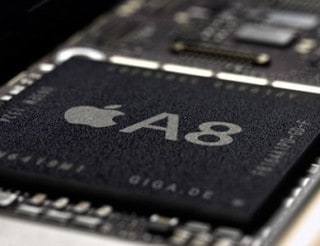 Apple has achieved great success while consistently pushing each iPhone iteration in the market and now, there is one more to hit the stores.

You might have noticed the buzz surrounding the new Apple A8 processor, and the much-awaited iPhone6, and the ensemble of improved features they are likely to toss at us. Whilst, many tech-savvy individuals have shared the anticipated features of iPhone 6, but very few have focused on the upcoming system-on-chip: Apple A8 Processor.

Let’s have a look at what improved features is Apple slated to introduce with the CPU of iPhone 6 – Apple A8.

Apple is admired for its speed, it has incessantly offered great features since its very first release that had single core 90nm semiconductor, which runs at 412 MHz. It has also been successful in reducing the size from 90nm to 28nm and increasing processor speed from 412 MHz to 1.4 GHz, along with all the necessary iterations of processor. Hence, it is expected that Apple will enhance the speed, power and efficiency with better and advanced design.

Processor A8 is expected to come with improved CPU frequency of 2.0 GHz or greater per core with 2 highly efficient ARMv8-based CPU cores, and it might feature the same dual core, 64-bit architecture as that in A7 processor. It is expected to replace the Samsung 28nm node with TSMC 20nm node, and this significant size reduction will definitely help deliver outstanding performance.

There is a probability that Apple can move from dual core processor to quad core with iPhone 6. But, it is believed that Apple will stick with only two cores and instead focus on improved and faster performance. It has always been the forerunner in touchscreen mobile devices, since its first release. So, if they manage to enhance the speed of the two cores, rather than adding extra cores, that might serve them better. An efficient core utilization anyways requires a good software support.

If, however, Apple has gone on to develop a proficient and powerful software platform that can seamlessly support multiple cores, moving to a quad core setup may prove to be rewarding.

Akin to every reputed iOS Application Development, you will not only get the faster CPU performance, but better and enhanced graphic performance is also expected with this upcoming processor.
Apple has consistently improved the graphic performance with each iteration of Apple A-series processor. This is why, it is assumed that this time also, Apple will upgrade its graphic performance and provide us with a great solution that will balance battery life and heat dissipation.

Observing the brilliant performance of Apple A-series chipset, it is expected that Apple A8 would offer much better performance than the Apple A7 chipset (that is found in iPhone 5S) with balanced and better heat dissipation, device size, battery life along the other technical specifications.

We are looking forward to this upcoming release, and hope for a blazing update with an outstanding Graphics Processing Unit and improved CPU speed. If Apple will offer these amazing features or some more alongside the iPhone6, it will surely leave the competitors behind and stride toward a new height with incredible all-round features.

Introduced in March 2011, this SoC was featured in Phone 4S and iPad2.

Introduced in March 2012, this processor was featured in iPad 3rd generation.

Introduced in September 2012, this Package on Package processor was featured in iPhone 5 and iPhone 5C.

Introduced in October 2012, this processor was featured in iPad 4th generation.

Released in September 2013, this Package on Package SoC was integrated in the iPhone 5S and iPad mini 2nd generation.

Apple A8 Processor – Wrapping Up

In context to touchscreen technology and various perks introduced each by proficient iPhone Developer, the minimalistic designs and astonishing performance has made Apple stand out of the crowd. Lets see what new features it would provide now with the forthcoming release of iPhone6 featuring A8 processor.

PREVIOUS
Confess – An Easy Way To Post Anonymous Confessions
NEXT
Explained: What Is CyanogenMod?