Lenovo has finally unveiled its own media sharing device called “Lenovo Cast”. Physically it differs a lot from his major competitor Google Chromecast, but the purpose is same.

Lenovo introduced the casting device today at Lenovo Tech World and it’ll be a serious competitor for other existing media sharing devices in the market. They launched it along with their updated version of ThinkPad 10 tablet. Media sharing devices like the new Lenovo Cast and Google Chromecast enables you to securely access and share media anytime. 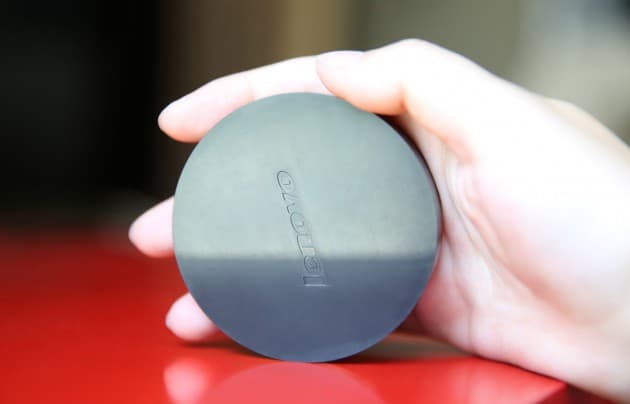 You can plug it into the HDMI port of your TV or monitor, connect with your WiFi and use it. It can be connected to any television with HDMI. Lenovo Cast supports both 2.4 and 5GHz Wifi networks. Lenovo claims that it can support casting from up to 20 meters and through up to two walls.

Lenovo Cast is dominant over Google Chromecast since they support DLNA and Miracast, whereas Google uses their Chrome browser environment. It supports Android 4.3 (and higher), Windows 8.1 devices, and iOS devices. It has a single micro USB port and a single micro HDMI port, a pair of antennae, 802.11 a/b/g/n dual-band WiFi and HDCP 2.0. It supports resolutions up to 1080p as well. It weighs just around 50 grams. Dimensions are 70mm x 15mm. This just looks like a perfect travel gadget. Appearance-wise both Google Chromecast and Lenovo Cast looks good, but when it comes to small gadgets, I usually prefer the one which weighs less.

Lenovo Cast will be priced at $49 and it’ll be globally available in August. I’m not sure but we might expect some updates regarding Google Chromecast during the Google I/O 2015 event, which is just few more hours away from now.

Pradeep Kumar
Author
Website
I’m the CEO & Founder of Slashsquare, an Indian Blog Network & Web Consulting Media. I’m a Blogger, an Internet Marketer, and a Minimalist. DeviceBAR is a part of Slashsquare network.
Other Interesting Articles From Gadgets
Webcam Hacking: How To Prevent/Stop This From Happening?
Smartphones are Smart, But Are They Fast? Yes, Thanks to 4G!
Denon Envaya Mini Review: A Portable And Powerful Speaker
Flipkart Digiflip Pro XT 712 Specifications
Health Benefits Of Standing Desks: Separating Hype From Reality