How To Backup Your Android Device: Complete Guide ...
Find The List Of Inactive Apps On Your Android Dev...
How To Take Android Screenshots Using Google Now
How To Find Your Entire Google Voice Search Histor...
The Daddy Of Big Sale: Flipkart’s Big Billion SaleBrand New Look Of Snapdeal’s Website & AppOnePlus 2 Will Have USB Type-C Port (Official)BlackBerry And Android Smartphone? Here Is What We Know So Far!

Instead of launching HTC flagship device, the company chose to introduce a higher version of its flagship which is HTC One M9+ in a grand event in New Delhi today at Rs 52,500.

The One M9+ is available to go on sale in India from May 3, but this isn’t disclosed by the HTC management. 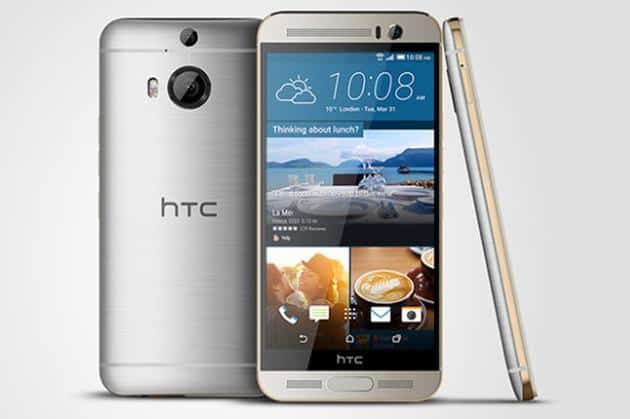 HTC One M9+ sports a 5.2-inch Quad-HD (1440×2560 pixels) display which runs on Android 5.0.2 Lollipop OS with HTC Sense 7 UI on top. HTC has incorporated the fingerprint sensors button on the home that will also support biometric authentication for the AliPay payment system in China. The HTC One M9+ leverages HTC’s all-metal design including a 13.20 cm (5.2”) 2K display with a new Fingerprint authentication along with HTC BoomSound™ with 2Dolby Audio™ surround sound for exhilarating multimedia experiences.

The HTC One M9+ is powered by 2.2GHz octa-core MediaTek MT6795T processor which is coupled with a 3GB of RAM. It provides an inbuilt storage 32GB on device, which is further expandable by a microSD support up to 2TB plus 100GB Google Drive included for 2 years.

“We are thrilled to bring the luxuriously designed HTC One M9+ to our customers in India.” said Faisal Siddiqui, President, HTC South Asia and India.

“The new HTC One M9+ delivers a combination of amazing imaging with the new and improved iconic Duo Camera that we pioneered; a new 2K display for viewing brilliance; exhilarating sound with HTC BoomSound with Dolby Audio; and our latest Fingerprint sensor, giving our customers a peace of mind and a truly HTC One experience.”

The One M9+ features an UltraPixel front camera and HTC’s duo rear camera setup just like the One (M8). The primary camera is a 20-megapixel shooter (f/2.2) along with a depth-sensing camera.

On connectivity options on the device include 4G LTE, Wi-Fi, Infrared, DLNA, FM radio, Bluetooth, and NFC. The One M9+ is coupled by a 2840mAh non-removable battery as seen on One M9.

On design part, HTC has provided a dual-tone silver and rose gold finish, with polished gold sides cascade effortlessly into a hairline brushed silver back, encasing a bright and vivid display.

HTC One M9+ will come with one-year insurance package that will compensate consumers for any accidental or liquid damages. Applicable from the date of purchase, this package also includes a pick-up and drop service for all insurance related matters. To add on to this, users of the One M9+ can also avail the discount vouchers worth INR 15,000 from the reputed fashion and lifestyle portal Myntra.com.

Neha Sawhney
Author
Website
Delhi based tech girl loves to know about what's happening in Tech world. Keeps a keen interest in startup and is a bibliography by heart. :)
Other Interesting Articles From News
OnePlus 2 Will Have USB Type-C Port (Official)
BlackBerry And Android Smartphone? Here Is What We Know So Far!
HTC Unveils Desire 326G Dual SIM In India
The World’s First 512GB microSD Card Is Here And It’s Not From SanDisk
Cyanogen Planning To Set Up Offices In Either Delhi Or Bangalore