Your Mobile Phone Getting Hot Often? Try These Tips!

With summers coming in crazy this year, smartphone users in India might be feeling the heat quite literally. If you are watching a video, clicking photos or scrolling through your social media, the smartphone may tend to heat up, especially if it has a metal body.

If you are experiencing the same overheating issues on your smartphone as well, here are the major 5 reasons of that heat and 5 top solutions to handle it while you can.

Your Mobile Phone Getting Hot All The Time? Then… 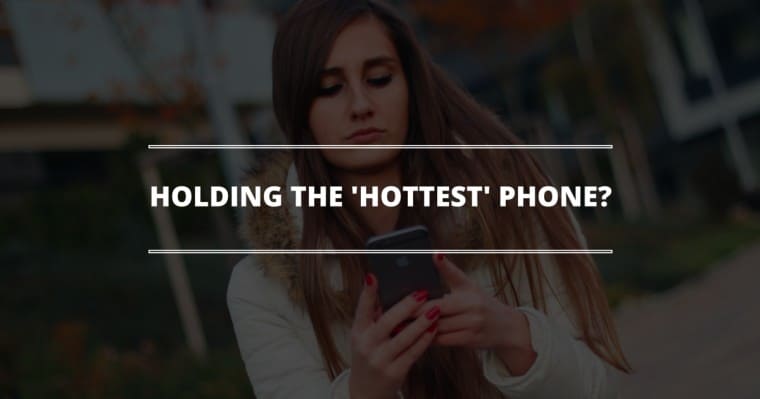 When we play games on our smartphones or even watch videos, along with handling other functions like webpages and calls, the CPU usage tends to max out with the amount of multitasking. The cooling fans on the CPU are unable to handle this load and will tend to overheat the whole body of the smartphone.

This also happens when your phone is full of unnecessary heavy apps that take a lot of space on the memory of the device. Although you might not be using them actively, they tend to work in the background and thus a substantial amount of CPU usage goes into making them work.

Another major reason for phone overheating is the excessive and prolonged usage of WiFi and cellular data, mostly in hot weather or while charging. If you tend to keep your phone connected to the Internet 24/7, this entire load may tend to heat up the internals and make them malfunction.

In terms of cellular data usage, the faster the technology, the more power it takes and the more heat it generates. That is, in terms of heat, 4G>3G>2G and so on. Try to tone down the usage of Internet for a minimal time period in a day and give your smartphone some rest.

Sometimes, smartphone OEMs push out software upgrades that have bugs in them, which tend to tamper with the normal functioning of the hardware of the device. If you have recently installed a new software update and have suddenly noticed a spike heating, that update is probably the culprit.

If this is the case then you can either wait till the new update arrives or you can downgrade your smartphone to prevent overheating till then. Although this problem is rare, it can get quite annoying for most users that are not familiar with the details of the software.

While using heavy tasks or Internet access, your phone’s battery may tend to overheat for a while, but if it is always the case then you have a problem. Your battery is most probably damaged due to wear and tear or other reasons.

You should get it checked with your local repair store or the manufacturer’s service centre. If found to be faulty, you can get it replaced with another original battery. The average life cycle of a smartphone battery is anywhere around 300-500 recharge cycles.

So, you got your battery checked and it works perfectly fine but your smartphone still heats up? Maybe it’s the charger that is at fault. If you are starting to notice extreme heating during recharging of your smartphone device, it could be because you are using a faulty or low-powered charger.

Always try to use the adapter and cable that come bundled with the phone, but if they have been misplaced you should go for an alternative that is branded and compatible with the standards set by your OEM. Fast charging is often the culprit in overheating for a lot of smartphone models.

As mentioned in the CPU usage segment, it is best to keep your smartphone free from any unnecessary apps. Not only do they block your storage space, they also keep running in the background, taking up a lot of memory and CPU power.

This adversely affects the performance of the CPU as well as the CPU and causes the internals to heat up in a way that is not favorable. Go into your storage settings and delete all the excessive and unfrequented apps on your device.

2. Boost Up Your RAM

Using apps like Task Manager and Clean Master helps eliminate the cache and excessive app data that is using up the RAM on your smartphone. You could also try to compress your media files, remove your bloatware and delete any unwanted files to free up some space on the storage. This helps the CPU work with a limited number of apps and focus on only active apps that the user needs.

3. Protect It From The Weather

If you are using a smartphone in the outdoors during peak Indian summers, then god help you. With temperatures rising above the 45 degree mark, taking your phone outdoors for long (metal unibody is worse) could be extremely damaging as your phone may end up capturing some of that heat inside the body, making the internals go haywire. The maximum temperature that you should use your phone outdoors is 35 degrees, and if you indeed have to go out in something more than that, try to use it as less as possible and keep it safe in your pocket or in a bag.

Again reiterating the faulty batter point, always try to use the OEM’s own provided battery and charger or use one that is branded and compatible with the manufacturer’s recommended settings.

Using a faulty charging device is extremely dangerous as it can cause a lot of overheating and end up damaging the wires and other parts of your smartphone. If you use a fast or quick charger for a smartphone device that doesn’t support quick charging feature, it is very likely that the battery will get destroyed due to overheating. So, use original equipment manufacturer for your smartphone phone and avoid using the phone while it is recharging.

Phone cases, although designed originally to protect your smartphone from any damages, are necessary evils as they also end up blocking any air vents that the smartphone might have provided for the exit of hot air. Especially avoid using the silicon phone cases as they are good conductors of heat.

We hope that this article has helped you find the reason of your phone overheating and the solutions will help you possibly eliminate the issue as soon as possible. You can check out our other articles for more smartphone tips and tricks.

PREVIOUS
The Audio Revolution Has Begun? USB Type C (vs) 3.5mm Jack
NEXT
Drone Laws In India (Explained) – Are We Ready For This?

Ankit Chawla
Author
A constant learner of gadgets, Ankit has been writing about technology, in general, for the past three years. Currently pursuing a business degree, he also is a freelance writer for GizBot, Deals For Geeks, HT Media, among others.
Other Interesting Articles From Gadgets
Xiaomi Mi 4i Teardown With Hugo Barra (VIDEO)
Top 5 Construction Software for Your iPhone
Vivo V5 Plus Limited Edition with Matte Black Launched
10 Best DSLR Accessories Worth Investing For Better Results
The Hidden Threats to Your Smart TV and How to Keep It Secure


1 Comment on Your Mobile Phone Getting Hot Often? Try These Tips!