Windows 10 is the last version of Windows as per Microsoft and after that all the updates will be provided to this same Windows in form of patches and updates. For Microsoft, Windows 10 is going to be a great milestone as people are expecting some great stuff that Microsoft missed out on in Windows 8 and Windows 8.1. 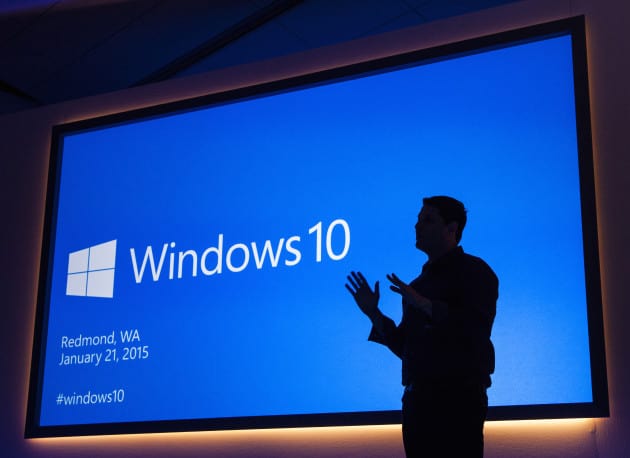 Microsoft will be considering Windows 8.1 as Windows 9 and they have totally skipped one version and this is probably happening for good. In this post I will mention 10 amazing features in Windows 10 and we will talk about them in brief. Without any further ado, let’s get right into it.

Let us all be honest here. Microsoft screwed up big time when they tried combining the tablet and desktop when they launched Windows 8. There was no button to access Windows start menu which was later fixed in the Windows 8.1 update. But it still opened the modern UI start menu which many people didn’t like and they were forced to roll back to Windows 7. Microsoft is going to fix this in Windows 10 as you will have a desktop start menu as well. It will have a modern UI look as well but it will be desktop usage designed.

Microsoft is bringing their own mobile personal assistant that they launched in Windows Phone 8.1 on desktop as well with the launch of Windows 10. This will be of great use as Cortana will be able to help you in day to day desktop tasks and you will also get updates from Cortana easily on desktop. You will be able to launch apps, or office documents with a voice command. Futuristic, much?

Microsoft is finally retiring the Internet Explorer which has gathered a lot of negative reputation among users even though it made some amazing improvements since Internet Explorer 9. Microsoft is trying to give their default browser a reboot by giving their browser a complete overhaul and they claim that Microsoft Edge will be a state of the art web browser that users are going to love from the moment they start using it.

Microsoft Edge will come integrated with Cortana so you can do some cool stuff like dictating to open new URLs etc., using Cortana on the Microsoft Edge web browser.

Microsoft is finally doing something for the gaming community. Last time they tried doing something good, it turned into a bad experience for gamers because Windows Live Gaming was a pain to have in a game. The service was just not stable enough.

With the launch of Xbox app with Windows 10, we can see Microsoft is trying for a fresh start. You would be able to stream Xbox games on your PC if they are on the same network. With the introduction of DirecX12, Microsoft claims you will be able to render better graphics as well. The app will also let you record and save the last 30 seconds of your gameplay that you can show off.

Windows 10 will now natively support multiple desktops which means you can now easily manage all the windows of programs you are running on different desktops. This feature will help you when you have multiple windows open at the same time.

Have you heard about responsive web designs? Responsive in web terms means that the web element adapts itself to the screen size it is being rendered on.

Microsoft will be introducing the same thing for their Windows running devices. We all know Microsoft is unifying mobiles, tablets and PC with just one operating system for all. So an app designed for PC will also work on Mobile. The code will be the same but the layout and working might be adapted automatically depending on the device it is running.

Microsoft Office is known for not being so touch friendly. It was made to run flawlessly on Windows devices. But when you use MS Office on a Windows 8.1 tablet like the Microsoft Surface, you will notice that it lacks a good touch interface.

The new version of Microsoft Office will be designed to be optimized for touch screen devices so that the users can easily interact with the document they are working on using touch screen.

With the launch of devices like Microsoft Surface or let’s say, “Hybrids”, there was a need for making an interface that would work flawlessly on such devices. Microsoft introduced Continuum with Windows 10 which will be a feature that will let the user easily switch and use either the desktop of tablet interface on such devices.

All notifications, all switches like Wifi, Modems, Bluetooth and everything combined at one place and more.

In Windows 8.1 and 8, Microsoft had two versions of almost everything. One with desktop UI and the other one with Modern UI. For Videos, Music etc. you had a separate Modern UI app and they also worked in Windows Media Player. Same was the story with Control Panel.

Microsoft had a desktop version of Control Panel and a Modern UI with a different name and it was called PC settings. It was confusing as settings were in two different places. With Windows 10 you have only one Control Panel or PC Settings and this is the only place you will be heading to if you want to change some settings on your PC. Let us know which feature you liked the most.

Deepak Kumar
Author
Website
Deepak Kumar is an engineer by nature and a tech lover by choice. He loves to write about new smartphones and technology. A Facebook addict, you can easily contact him on Facebook.
Other Interesting Articles From Windows
How To Check Your Windows Laptop Battery Health
How To Reserve Your Windows 10 Free Upgrade?