Explained: What Is Stock Android?

Ever since we encountered Google Play edition devices we often hear about “Stock Android” and some people think it is just another word for “Android“. Well, honestly, they have a difference which is indeed critical when you purchase a smartphone. If you are confused what is Stock Android then you are not new to the club.

Now lets start from the beginning to make things clear. Android is a mobile operating system (OS) based on the Linux kernel and currently managed by Google. Just managed by Google? I thought Google created it? Nope! Just like YouTube, Android was also acquired by Google. This mobile operating system was initially started by Android, Inc., (Thank you Andy Rubin!) then later Google backed them financially and they later bought in 2005. Now it’s a Google product.

What Is Stock Android?

Stock Android is the default OS, I mean, the OS that Google usually keeps on their own devices like Nexus products. Google Nexus 5 has Stock Android whereas my Sony Xperia Z1 doesn’t have. Is there any big difference? Stock Android is the OS which Google originally designed without my modifications, let it be the UI or any add-on features. It has the pure Android kernel Google designed. It’s a bit complicated to explain the pros and cons of Stock Android smartphones, but once you can use both the devices (with and without Stock Android), then you can easily understand the changes and how impactful that is. 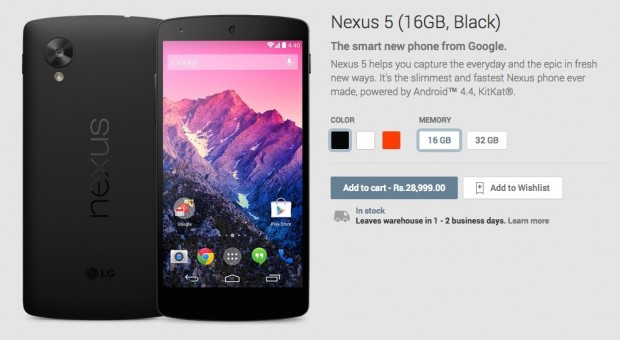 Google Play editions normally come with Stock Android OS. It is very limited and you can’t find this on other brands unless they are into some sort of arrangement. You can, for example, take Samsung’s Touchwiz. TouchWiz is a front-end touch interface developed by Samsung Electronics. If you buy a Samsung smartphone or tablet, and if it comes without Stock Android, then you’ll be probably stuck with their Touchwiz interface. These are usually called as “Skinned Android”. The same occurs for other smartphones and tablets as well.

But if you ask me, whether Stock Android is capable of making a device more worthy, then I’ll probably stay neutral. Because it really depends to be honest, take Sony Xperia for instance, they can’t design their smartphones keeping Stock Android in mind, their features could collide with the OS and it might not work well. It might turn out to be a bad experience. But many still prefer Stock Android just because it can get immediate updates from Google, let it be their new application or a new Android version itself, you’ll be their top priority.

In a nutshell, we were about to say, Stock Android is an unmodified version of Android. So Skinned or Stock, I’ll really prefer the one only after seeing the device. 🙂

Pradeep Kumar
Author
Website
I’m the CEO & Founder of Slashsquare, an Indian Blog Network & Web Consulting Media. I’m a Blogger, an Internet Marketer, and a Minimalist. DeviceBAR is a part of Slashsquare network.
Other Interesting Articles From Android
Take Backup Of Your Android Apps As APK Files
Control Your Car Using Volvo’s On Call App (Android Wear & Apple Watch)
Explained: What Is CyanogenMod?
Turn Your Android Phone Into A Power Bank With USB Type-C
Simple Tip To Reduce Lag And Speed Up Android Devices


3 Comments on Explained: What Is Stock Android?